The humble chicken, commonly associated with greasy fast food chicken shops, has recently seen a thriving revival. Driven by a new wave of modish restaurants that are using inventive and innovative techniques to transform classic takeaway dishes into hip and healthy cuisine. Chicken has never been so trendy, thanks to its gentrification from junk to gourmet, as a result of using high-end quality ingredients; plus the procuring of ethically sourced, organic and free-range poultry.

One such innovator is Clockjack, located in Woolwich, South-East London, which specialises in simple herb-marinated, free-range birds, cooked in the traditional rotisserie style.

So with the rise in poultry purveyors, what makes Clockjack stand out from the flock? Well, while the majority of the new breed of brood shops are using modern methods to prepare their fowl, Clockjack, has chosen the historical practice of roasting the bird on a revolving open flame. Clock jack is the mechanical devise (weight/spring) used to turn the birds in the rotisserie oven. This method uses the intense heat from the naked flames to preserve and intensify the flavours in the skin whilst the rotation of the spit aims to gently cook the flesh, so to keep it succulent and tender.

The venue in Woolwich is spacious and modern, and the decor is in line with the current urban, hipster trend, which is also injected with a laid back, casual South American feel. 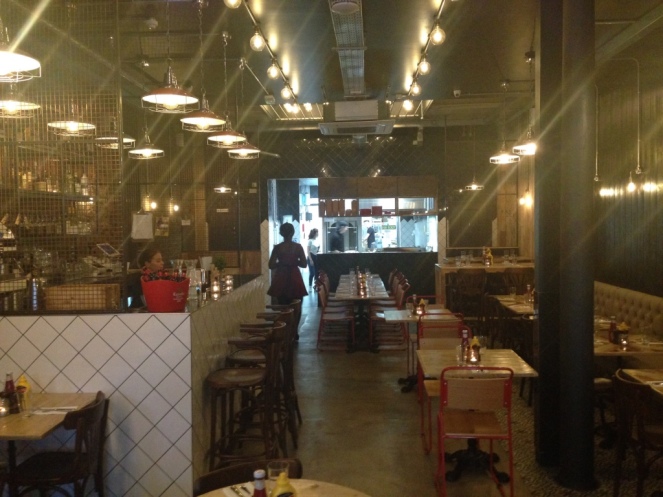 For “Light Pecks” we opted for the “Buttermilk Chicken Bites” and the ubiquitous “Crispy Chicken Wings”.

The Buttermilk Chicken Bites had a delectably light and crunchy coating that was delicately seasoned, while the chicken was moist and tender, dissolving effortlessly in the mouth.

The batter on the Crispy Chicken Wings were unfortunately ever so slightly oily which diminished a potentially sumptuous dish. Nonetheless, the chicken itself was once again moist and supple.

Both dishes had minimal seasoning as they are purposely designed to be a blank canvas for the array of sauces on offer, thereby allowing the diner to be the conductor; directing the symphony of flavours, so to tailor it to their tastebuds.

The condiments on offer were BBQ, chilli, Korean chilli, ranch, gravy and mustard mayo. Personally I enjoyed all the sauces, but my favourites were the BBQ, which was thin in texture and tangy and sweet in flavour and the ranch, which was creamy and garlicky, truly stupendous. The least favourite was the gravy, which was insipid and lacked piquancy.

From the “Free-Range Rotisserie Chicken” section we opted for the “Whole Chicken”, which was served in four pieces. The chicken was prepared faultlessly, with a crispy skin, lightly infused with rosemary and the succulent flesh, tearing off the bone with ease. However, despite the rotisserie chicken being satisfying, it did taste equivalent to the quintessential Sunday roast. Nevertheless, the elixirs did inject excitement into the chicken, and the concept of using the assorted sauces to customise the dish, while simple does provide the customer with control. 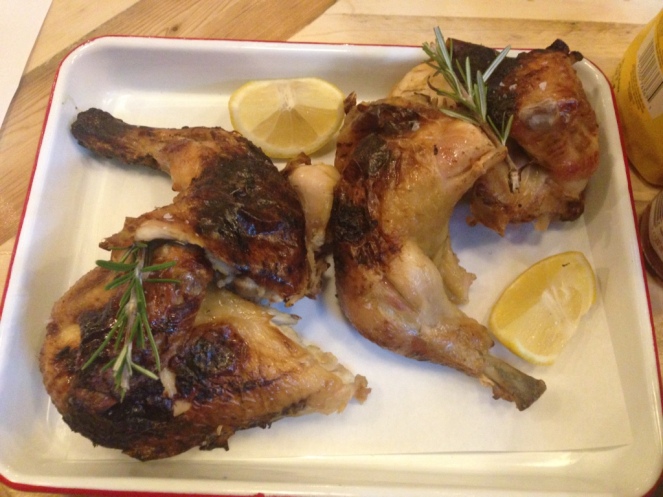 From the “Burger” segment we ordered the “Pull The Chicken Trigger”, which is the only halal option as the beef burgers are not halal. The bun was unfortunately on this occasion over cooked and charred, thereby making it dry, and the strips of chicken were oily and moderately tough. However, the burger was redeemed by the heavenly caramelised onions that were doused in sweet, tangy, sticky BBQ sauce, which made the burger flavoursome and near sensational.

For “Sides” we chose the “Sweet Potato Fries with Paprika”. Even though the flavour of the paprika was missing, the fries were divine and moreishly addictive.

We also sampled the “Crisp Coleslaw”, which was creamy and crunchy, with the prominent flavour of cumin seeds coming through, giving the dish a slight Asian twist, which made it even more exquisite. 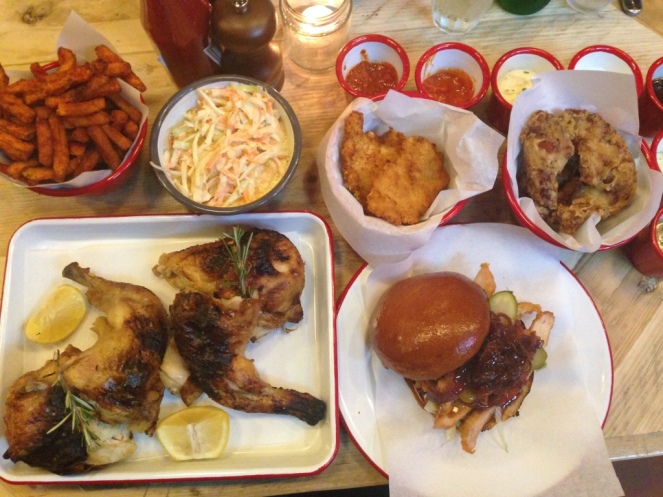 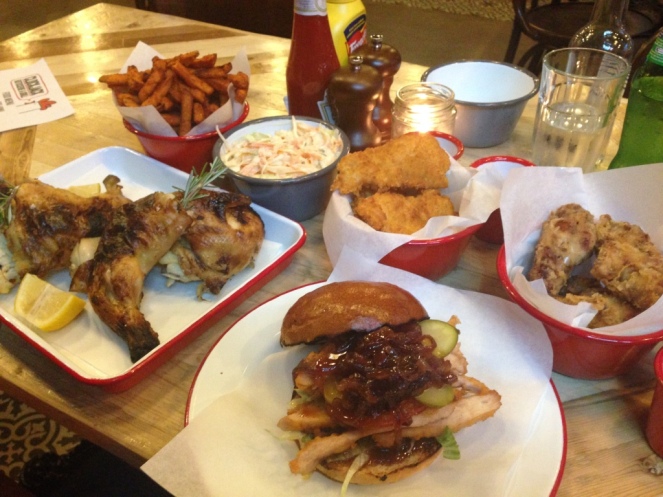 To end our chicken fest, from the “Treats” section we indulged our dessert desires with the “Dark Chocolate Pretzel Cake” and the “Scrambled Strawberry Cheesecake”.

The Dark Chocolate Pretzel Cake was surprisingly light and not as rich as we expected, which was a delight. The addition of the pretzels seemed more of a novelty, rather than  adding any further taste dimensions.

The Scrambled Strawberry Cheesecake was a revelation. It was sweet and creamy, with chunks of fresh juicy strawberries, and the smooth buttery texture of the cheesecake was balanced well with segments of crumbled biscuit. This was surprisingly a superb concoction.

Clockjack in Woolwich, at the time of our visit, had only been open for a few weeks, so some imperfections are expected. Nonetheless, Clockjack does offer some marvellous fare and for people who love their poultry, they can enjoy some healthy cuisine without forgoing on the flavours of their local fast food joint.

*Disclaimer: Only the chicken is halal, as stated on their menu. We were invited to review the restaurant.