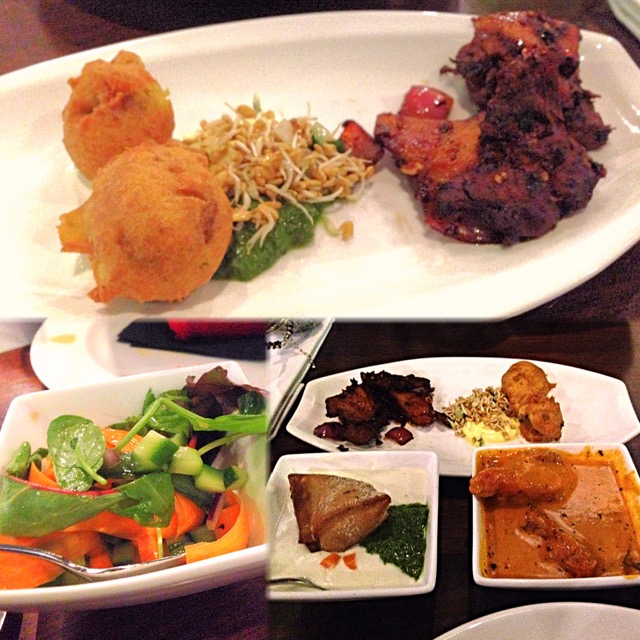 Shown above is the stir fried Chilli Chicken. Each mouthful lead to an explosion of sensory delights. The heat from the chilli was well balanced, thereby not diminishing the other exquisite flavours.

Below is the potato samosa chaat dressed on a bed of yoghurt and mint. The coolness from the yoghurt complimented the mild flavour of the samosa chaat. The butter chicken also shown below was delicately spiced. The flavour was not as bold as we would have hoped. Nonetheless, it was a pleasant and enjoyable dish.

The Roganjosh shepherd’s pie was a delight, primarily due to the fact that it had a “desi” twist on a ubiquitous British dish. 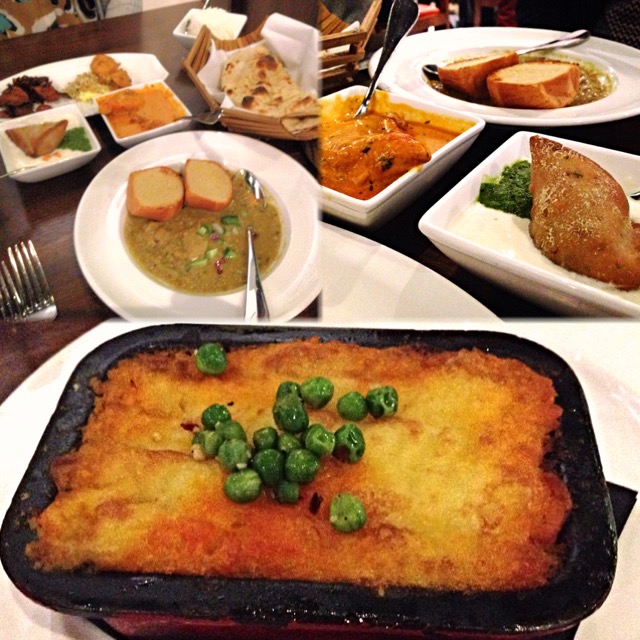 The Haleem shown below was scintillating to the taste buds. The flavours were unique and bold.

Overall, Cinnamon Kitchen Soho provides a good fine dining experience in the heart of London at a moderate price. If you are looking to dine at The Cinnamon Club, this place is certainly a good introduction.

Disclaimer: Halal Chicken and Lamb only.